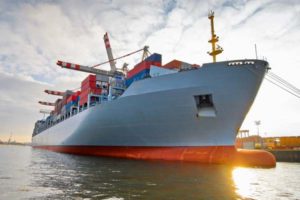 The International Maritime Organization (IMO) is cracking down on pollution with strict regulations that aim to reduce sulfur emissions from shipping vessels into the atmosphere. The ban on ships using fuels that contain more than 0.5 percent of sulfur content, as opposed to the 3.5% that was previously allowed will take effect in the year 2020.

Failure to comply with the new rules will result in heavy fines for businesses and private owners in the shipping industry. At least 1.6 million tonnes of sulfur dioxide is emitted into the earth’s atmosphere per year from international trade ships, tankers and other vessels operating on the sea in Europe alone. Sulfur emissions have been linked to CO2 which is the gas responsible for acid rain, global warming, and smog which causes various respiratory illnesses in humans.

Many businesses and private owners are looking for an effective alternative, and the pressure to reduce gas emissions are steadily pushing shipowners in the shipping industry to explore liquified natural gas, also referred to as LNG as a cleaner alternative and a replacement for conventional oil for commercial vessels.

Demands in the LNG market has risen significantly, as the number of ships using liquid natural gas increases due to the tough restrictions placed on the shipping industry by the United Nations International Maritime Organization. LNG emits 10-20% less CO2 compared to low sulfur fuel oil and conventional crude. Environmentalists estimate that using LNG instead of maritime oil will reduce nitrogen oxides and sulfur oxides emitted into the air by 90-95%, LNG also cost a lot less and generates more electricity than maritime oils and diesel. Investors are focused on building the necessary refueling facilities to help the shipping industry transition to what is considered “going green”. Analysts forecast that the use of LNG bunkers will increase up to 20-30 million tonnes by the year 2030. The safe transfer of LNG between ships and shore based systems is paramount for the increased use of this technology. The Lng transfers website has the up to date information on this technology and how it is developing to make this technology safe to use.

New ships built to operate using only liquified natural gas are currently on the market for those who want to make the switch. There are more than 170 LNG powered ships in use around the world, and that number is predicted to rise immensely before 2030. Some shipowners have yet to decide what their approach to the new restrictions on sulfur will be; nonetheless, it’s clear that liquified natural gas (LNG) is the most effective way to reduce air pollution and the best option in regards to meeting the new regulations imposed on shipowners in the shipping industry.