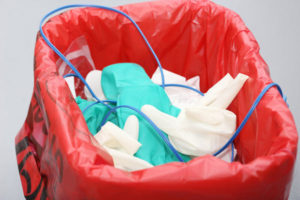 In response to the fall-out following the collapse of Healthcare Environmental Services (HES) toward the end of 2018, the NHS is set to introduce a framework to make it easier and less time-consuming for NHS trusts to obtain waste services. Nearly 50 NHS trusts across the UK were affected by the demise of HES, who were accused of stockpiling clinical waste at their depots. The new framework will make procurement from selected contractors available to the NHS and the public sector, with the aim of providing access to value for money waste services without having to go through a separate tendering process every time.

Problems started to mount for HES when reports emerged that a backlog of clinical waste had built up at their disposal sites, which included body parts. They were found to have five times the permitted levels of clinical waste stockpiled at their sites. In the aftermath of the breaking story the company ceased trading with the loss of 450 jobs, although it was hoped these employees may be transferred to a new employer under the Transfer of Undertakings Protection of Employment (TUPE) regulations. The company Mitie, who rely on subcontractors to carry out the waste disposal, has taken over some of the contracts for NHS trusts in England who were affected by the closure of HES.

The new framework consists of contractors who qualified after a fully compliant and “robust quality evaluation” process. The NHS and other public sector organisations can use the framework to buy their waste services from the contractor which best meets their specific requirements without having to engage in a lengthy and costly tender process at their local level. Six areas were put out to tender; clinical waste, domestic waste, confidential waste, re-useable sharps, washroom services, and total waste management services. Bids were invited for all these lots before a decision was made as to which companies would be included within the new framework. In the case of clinical waste six companies tendered bids, of which three were accepted. The bids for clinical waste included collection, transportation and the correct disposal of the waste at agreed locations. This could involve incineration sites, landfill or alternative treatment courses.

The new framework for clinical waste contractors were placed on the list after a robust quality evaluation in compliance with the Official Journal of European Union (OJEU) tender process.

The Contractors put forward were:

Yet reports indicate the problem of clinical waste disposal still remains and could do so for the foreseeable future. Leaked documents expressed concerns in the NHS around waste collection and disposal, with clinical waste building up outside some hospitals. After the collapse of HES the Department of Health and Social Care brought in a £1m rescue fund, allowing for temporary containers at affected NHS trusts in order to store waste. One of the complaints from HES when its stockpile of clinical waste became public knowledge was the lack of incineration facilities in the UK, a claim the government denied. However, the leaked documents suggest incineration is an issue, even if a temporary one, as a “significant” level of capacity has been lost while maintenance is carried out at facilities around the UK.

A number of NHS trusts have expressed worries regarding the increase in charges for waste disposal by Mitie, who took on the contract after HES. These increases could be due to having to transfer the waste from NHS trust hospitals predominantly in the North of England down to incinerators which are operational on the South coast. However, these trusts are currently being advised not to look to change their contractor for up to a year while prices stabilise. This could be problematic for trusts such as The York Teaching hospital who report an increase of £500,000 in waste management services costs since being switched to Mitie, with the prospect of these extra costs rising to £750,000 for 2019-20.

The National Framework is being introduced with the aim to simplify the clinical waste tender process and improve value for money. It focusses especially on environmental impact from waste disposal, including recycling of domestic and clinical waste items. However, there seems a way to go still to transfer all NHS trusts across to the contractors selected for the framework, at which time the impact on value for money can be properly evaluated.