Motion detection technology has been around for decades, but the recent rise of home security systems and smart devices has paved the way for new innovations. While there are many different types of motion detection technologies, they can generally be divided into three categories: passive infrared (PIR), ultrasonic, and microwave. Each type of motion detector has its own set of pros and cons, so it’s important to understand the differences before you make a purchase. 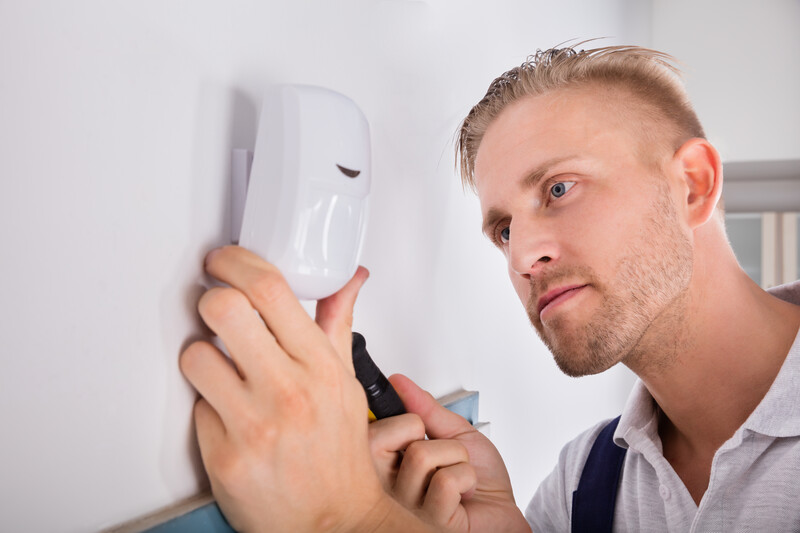 Passive infrared motion detectors are the most popular type of motion detectors. These devices have been around since the ’70s and work by detecting changes in temperature. A PIR detector uses an infrared sensor to detect when there is a change in heat or infrared light within its detection range, which can be up to 30 feet away. When a change is detected, the PIR detector will sound an alarm and send a signal to your control panel. One of the biggest advantages of using a passive infrared motion detector is that it works even in complete darkness because heat can’t be seen with the naked eye. However, there are some disadvantages to using PIR sensors. While they work great at night, they aren’t as effective during the day because of sunlight and other types of visible light. PIR sensors also don’t work well if there are moving objects with different heat levels (such as cars driving by or people entering and leaving a building). Finally, these devices can be easily triggered by bugs, small animals, and weather changes, and they aren’t effective at detecting non-heat-related movement such as air drafts.

Ultrasonic motion detectors rely on sound waves to detect when someone has entered a room. These devices use an ultrasonic transmitter to send out high-frequency sound waves in all directions throughout the protected area. When the device detects that the sound has been reflected back by an object, it activates an alarm and sends a signal to your control panel. One of the biggest advantages of using an ultrasonic motion detector is that they utilise sound waves instead of heat, so these devices work just as well during the day as they do at night. Ultrasonic detectors also don’t tend to pick up on small animals or bugs like PIR detectors do, but they are still affected by weather conditions. Additionally, these devices work best in open spaces, so they aren’t ideal for protecting against home invasions.

How to Choose the Right Motion Detector

There are a few different factors that you should take into account when deciding which type of motion detection technology would work best for you.

First, consider where your security system needs to cover. If the security area is under a tree or has lots of moving objects in it, optical motion detectors may not work very well because they are affected by light and weather conditions. PIR detectors have similar issues when it comes to working in direct sunlight or with lots of small animals. If you plan to protect an outbuilding or detached garage, then microwave detectors are probably the best option for you since they work well in open spaces.

Another factor that plays into which type of motion detector is the most effective is the time of day that your security area will be active. One advantage with PIR detectors is that they work well at night, while both PIR and ultrasonic detectors are typically more reliable during the day when there is less visible light. Microwave detectors shine even in broad daylight, but because they rely on radio waves, these devices are usually not as effective when it comes to detecting motion during complete darkness.

Lastly, consider your control panel’s abilities. If you have a panel that can accommodate multiple types of detectors, you’ll have more options for your outdoor security area. However, if your control panel is limited in its detection capabilities, it may be better to choose one type of motion detector for the entire outside area so that it will work best with your system.

Motion detectors can be a great way to detect intruders or other unwanted guests on your property. However, there are many different types of motion detectors and it’s important that you choose the right one for your needs. For example, if you need protection from animals as well as people then ultrasonic may not work best since they have trouble detecting small objects. If you’re looking for an outdoor detector that will also protect an outbuilding then microwave is likely the better choice because radio waves penetrate walls while sound does not. There are pros and cons with each type so make sure to consider all these factors when making your purchase decision!