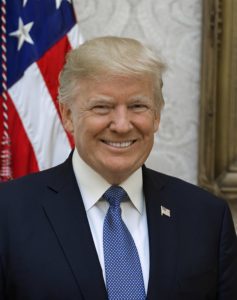 It was in July last year that US President Donald Trump imposed tariffs on China for its alleged unfair trading practices.

China then responded with $110 billion of tariffs on US goods.

The worlds two largest economies in a trade war have slowed down world economic growth, so an end to this war is vital for economic stability.

The Chinese economy at $13 trillion accounts for around a third of world growth each year, which makes it vital to the world economic growth. Also, with the growth forecasts of the EU being revised down from 1.8% to 1.1% it will have a knock-on affect which will be especially felt by Germany who are the EU’s largest exporters.

Mr Trump has delayed the deadline for increasing tariffs on Chinese goods, citing “substantial progress” in the talks that were to come into force on March 1st.

The market reaction to this was quick with Chinese stocks rocking 5.6 percent.

The market reacted to the news in a positive way, but an extension is not a deal, so there is still a considerable way to go.

If a deal can be reached President Trump said there would be a summit with Chinese President Xi.

Mr Trumps negotiating style my look threatening or outrageous, but Treasury Secetary Steven Mnuchin is cautiously optimistic that they will find a compromise with Beijing.

Only time will tell.