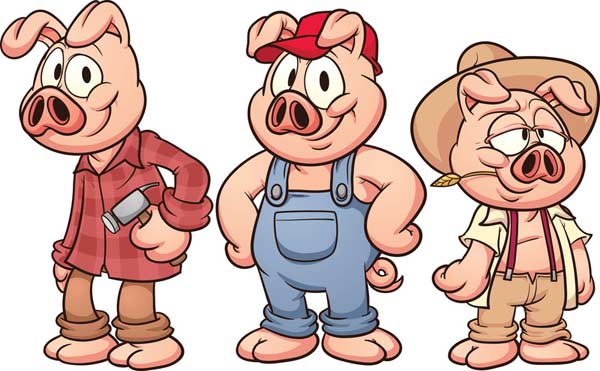 A primary school in the UK is facing a storm of criticism over plans of slaughtering pigs reared on its farm for the purpose of teaching kids about the food chain.

Kids as young as 4 at the Leeds, West Yorkshire-based Farsley Farfield Primary have been rearing the Gloucestershire Old Spots since the start of the school year. But the decision to turn this English breed of pigs into meat has really been met with disagreement and a former pupil set up a petition campaigning against the slaughter of the pigs. The online petition set by Ix Willow has already received over 2,000 signatures.

The Farfield Farm is situated on the school’s grounds, where they raise the Gloucestershire Old Spots, hens and also do vegetable farming.

When the Gloucester breed of pigs was introduced to Farfield Farm in October, there was a post on their site stating that the pigs won’t be pets and will be with the school for 9 months only.

Willow wrote saying that her main concerns are generally making sure the pigs are safe because they do not deserve to die, plus the message that they will teach the kids at Farsley Farfield Primary telling them that they can slaughter animals anytime since people enjoy eating their meat.

Willow’s campaign has received huge support online. People wrote comments stating that the idea of slaughtering the animals the kids have raised is dreadful. Others said that it is not right to exploit animals.

Willow added that pigs are intelligent just like dogs and also smart as a 3-year-old kid. Pigs are friendly animals that have a lifespan of approximately twelve years. Schools have a responsibility of care to support kids, teach them fair values plus to provide a happy and safe environment for children.

By teaching kids that it’s not wrong to kill and exploit animals, they are certainly in breach of this. Also, this can be traumatising for kids when they get to know the animals, then afterwards learn that they will be slaughtered.

Farsley Farfield Primary Headteacher, Peter Harris, stated that he wanted kids to be more sensitive and knowledgeable when it comes to the welfare of animals as a result of rearing the pigs. The headteacher said that there was a consultation on this matter before they brought the pigs and the school’s families have given the project overwhelming support.

He continued saying that the pigs at Farsley Farfield Primary have never been pets. Their animals are a part of complete award-winning farming, food plus cooking curriculum. This means kids at this school are more informed than those in other schools because they know where the food they are eating came from.

More comments on the school’s site

Harris also wrote that he believes they are promoting the meat industry by raising awareness, as well as some issues that exist around animal sustainability and welfare.

The lifespan of the pigs will be twice that of commercial pigs and they enjoy their outdoor life plus they have a lot of opportunities when it comes to rooting around. The welfare standards of these pigs are higher when compared to other pigs.

Harry does not believe they are making the children less sensitive and suggests that kids will be in fact be more knowledgeable and also sensitive to the welfare of animals than most of their age group.

Online users have defended Harris and called this idea “brilliant”. One user wrote saying that it is an excellent way for kids to know more about the true cycle of food.

A survey carried out by Cadbury’s also revealed that nearly one in five children believed that milk comes straight from the fridge or supermarket, so maybe Harris is on to something.