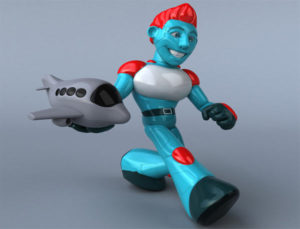 With air traffic forecast to expand significantly technology will likely play an increasing role in safety systems. Artificial intelligence (AI) is viewed as an innovation with the potential to play a significant part in future aircraft flight and in May 2019 image recognition AI was used to help land a plane. Earlier in the year Boeing performed a controlled take-off, hover and landing of an autonomous prototype plane without any passengers on-board. However, at the Diamond Aircraft airfield in Austria this new AI system was employed using visual data of the runway to land a plane with passengers on-board without any human pilot intervention.

The system has been developed at the technical universities of Braunschweig and Munich and it is hoped it can improve future plane safety. Large airports around the world already use automated systems to assist landing, with the position of the runway beamed up to the plane to guide the on-board automatic systems. Currently planes use an Instrument Landing System (ILS) which depends on radio signals to help the plane’s flight deck crew locate the runway. However, the new AI system uses the visual runway data to adjust the flight controls to land the plane without any human help and without requiring the use of the existing radio signal technology.

The new AI system has the potential to improve safety as it can detect infrared as well as the normal visible spectrum. This range allows AI to “see” images of the runway in unfavourable weather conditions to a human pilot, such as fog. Of course, as with any digital innovations there will be concerns over the security of the system. Fears will need to be allayed over hacking or even misleading the AI system with false ground markings which the system may wrongly mistake for the runway. The current ILS system is not devoid of issues as the radio signals can suffer from interference, while the cost means many smaller airfields cannot afford to install it in the first place.

The thought of fully autonomous cars is already a frightening prospect to many people, let alone having planes landed by AI. However, this new AI system does not automatically mean pilots would have less control over the plane, rather that they have access to a further technological aid to support them when landing the plane, particularly in demanding weather conditions. As with Boeing’s prototype earlier in the year, more research will follow and more testing will be done. Ultimately as the number of flights around the world continues to increase, flight safety in crowded skies will become more acute and new AI systems could help pilots with increasingly less reaction time when flying to make quicker critical decisions.

Who will be flying your plane the next time you go on holiday?