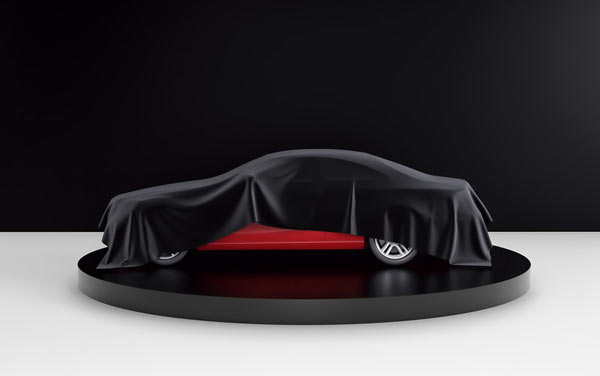 The much talked about and rumoured announcement of the Dodge Barracuda 2019/20 model range continues with the speculation unabated.

The merger between the American Chrysler and Italian Fiat auto manufacturers provided the opportunity for a ‘rebirth’ of the Barracuda muscle car by utilizing the Italian company’s award-winning Alfa Romeo ‘Georgio’ platform. Access to this platform provides the Chrysler engineers and designers with an opportunity to design and build a smaller, lighter sports coupe that can compete with, and beat, the established and popular Ford Mustang and Chevrolet Camaro.

The Barracuda, or ‘cuda, name dates back to the 1960’s. However, all models bearing the name were discontinued in 1974e due to the onset of the world oil crisis which became an issue in 1973 and signalled the demise of the ‘gas guzzling’ muscle cars, for a number of years. There are no doubt many potential buyers who would love to have the opportunity to purchase a 21st. Century edition of the classic Barracuda muscle car. 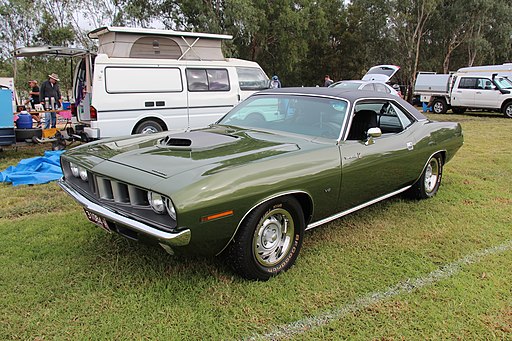 Sicnag [CC BY 2.0], via Wikimedia Commons

So, as we fast-forward to the present day, the Barracuda nomenclature is rumoured to hit the streets once more. It is suggested that the new Barracuda will be smaller in its dimensions than the Dodge Challenger in order to compete directly with the Ford Mustang and Chevrolet Camaro.

By using the already proven Georgio platform and perhaps utilizing carbon fiber in the some of the body panels, the new ‘cuda would be significantly lighter than the Challenger.

What Will Be Under The Hood?

Once again there has been a great deal of speculation regarding the power units to be offered to potential owners, by Chrysler. It may be that a range of engines will be proposed by the company and these may possibly include 4 and 6 cylinder turbo options. Chrysler are unlikely to launch the latest incarnation of the Barracuda without offering the option of a V8 power unit, which would be a requirement for so many American ‘muscle car’ lovers.

Current reports suggest that the power unit options will commence with an ‘entry level’ motor providing 4 cylinder turbo charged power that will produce around 270bhp. Barracudas in the mid-range may be powered by a V6 twin-turbo engine with derivatives capable of supplying between 300 and 400bhp, depending on the specifications.

Finally, and considered to be an absolute certainty by many automotive journalists, the top of the range STR ‘cuda will be offered with a V8 engine capable of producing around 500bhp.

There has been some speculation regarding electric power or Hybrid motors being offered, at some point, for the new Barracuda. However, these reports have not been confirmed by the company despite the continuing development of these types of power units by many leading manufacturers from around the world.

The Chrysler engineers may have the opportunity to utilize a combination of reduced weight and, by installing modern, powerful engines, bestow the latest incarnation of the Barracuda with a stunning level of performance to challenge the established Ford Mustang and Chevrolet Camaro which continue to dominate the market sector.

It seems to have been generally accepted among motoring journalists that there will be an SRT version of the Barracuda, intended to replace the now discontinued, and much missed, Dodge Viper. Consequently, prices for the Barracuda SRT would likely be around those of the now, no longer available Viper.

Perhaps, as has been suggested by many, if the Barracuda is to challenge the Ford Mustang and Chevrolet Camaro, therefore, it would be a logical step for Chrysler to offer, at some point, a convertible model, perhaps with all engine options, in line with the vehicles that are likely to provide direct competition.

It would certainly make sense for Chrysler to resurrect the ‘cuda name, they renewed the their claim to it with the US Patent and Trademark office in 2015. This is important despite the fact that the original Plymouth branding of the Barracuda is now no longer in service. The new ‘cuda’ will undoubtedly be launched under the Dodge name. The introduction of a muscle car, along with its iconic name, would certainly boost the image of the Chrysler organization at a time when they are best know for their ‘people carrier’ mini-vans.

With regard to pricing, it is widely considered that there may be a very large price-band covering the various models within the Barracuda range. There is some speculation regarding the ‘entry’ level Barracuda, it may be fitted with a 4 cylinder turbo engine and could retail at a price below $30,000. The top of the range would most likely be the SRT. It is probable that this model would be fitted with a large capacity V8. There has been some speculation that even a Hybrid technology engine would possibly be available. It is likely that the SRT would be priced in the region of $80,000.

Little is known about the potential interior layout of the new car. Although the platform will be smaller than for the Dodge Challenger, being based on that of the Alfa Romeo Giulia, it is considered that the ‘cuda will be able to carry up to 4 people (and their luggage) rather than providing a rather cramped, 2+2 seating configuration.

It is highly anticipated that the interior will feature sports seats, high quality materials and levels of finish commensurate with a quality sports coupe. From a technical point of view, and depending on the model, the new Barracuda may be fitted with an in dash touch-screen as an interface for many of the functions of the vehicle and also for operating the quality entertainment system.

Electronic driver assistance systems, such as exterior and rear-view cameras, parking assistance and safety functions are all likely to be available for the ‘cuda.

It is predicted that an announcement regarding this project will be made by Chrysler as part of their 2020 model year.

It is abundantly clear that there would be a considerable demand for a sports coupe that bears the Barracuda logo. The potential buyers are keen to see this car in the showrooms. It makes a great deal of sense for Chrysler to pursue this project and bring it to fruition as quickly as possible. Having a ‘cuda back in their line-up after so many years, particularly with its potential to create a niche of its own by being smaller, lighter and more economical. With the Barracuda, Chrysler has the opportunity to provide a ‘true’ muscle car that is ecologically more in touch with the requirements of the 21st. Century than the vehicles currently being offered for sale by competing manufacturers. The Dodge Barracuda could provide a ‘bench mark’ for all other players in the 21st. Century muscle car market to be judged by.

Checkout some great sports cars for sale in the UK for under 10K, you will be surprised what you can get for your money.